I just checked, and my last entry dates back more than a month ago. Shame on me. Lots of reasons, too much travel, too busy, too whatever. Who cares, let’s get back to it, shall we?

Although I’ve recently had quite a number of disagreements with reviews by this venerable magazine, it probably remains the most important source for the entire classical music industry, and winning a Gramophone Award is rather prestigious.

I’ve already started reflecting about them last year, which generated some really interesting discussions here and elsewhere (plus lead me to discover David Watkin’s outstanding Cello Suites), so let’s have a look at who has been nominated this year.

As last year, I have no ambition to be exhaustive, I’m just giving my 2 cents on a number of albums that I’ve heard as well.

Concerto is usually my favorite category, and the one where I’ve heard the largest number of the recordings.

We have 8 albums nominated this year, 5 of which I’ve heard and can comment on.

We start with two versions of Brahms violin concerto, one coupled with Bartok, the other one with Brahms’ own String Quintet No. 2.

The first one is the new Janine Jansen recording, which I’ve reviewed here. I still fully stand by the 5 stars I’ve given there, and this is an album absolutely worth having in spite of heavy competition. 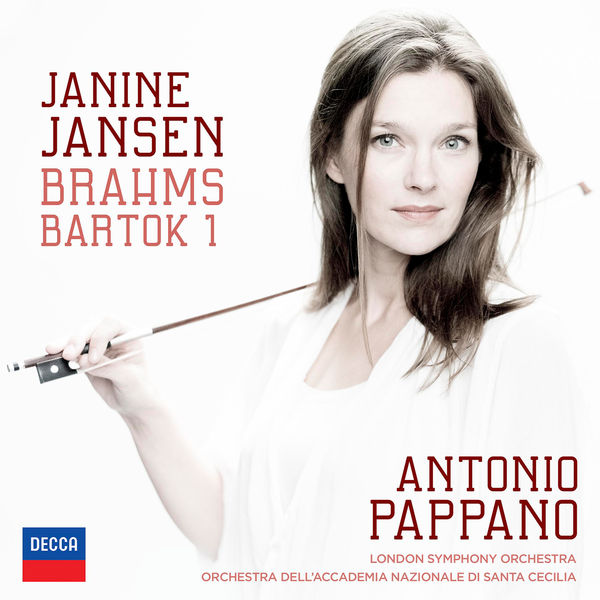 The second Brahms recording is with the less known German violinist Antje Weithaas, with the Camerata Bern. 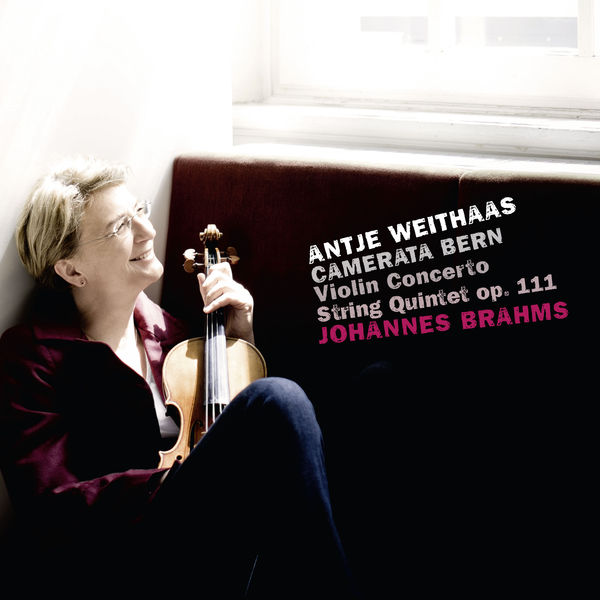 I must admit I didn’t expect a lot, as I was pretty disappointed by the recording of Bach’s keyboard concertos with the Camerata Bern (2010  on Universal).

Well, I was positively surprised, up to a point. To be clear: Weithaas really plays exceptionally well.

However, the Camerata Bern is unfortunately no match for Pappano’s Santa Cecilia. They are really the limiting factor on this recording, which becomes especially apparent in the highly energetic third movement.

The string quintet is ok, but a bit heavy. Overall, I’d probably give this 3 stars.

The next two albums aren’t albums, but DVDs. I don’t have a DVD/Blueray player, and so have no way of reviewing these.

DVD no. 1 is Maria Joao Pires with Frans Brüggen playing Beethoven’s concerto no. 3. 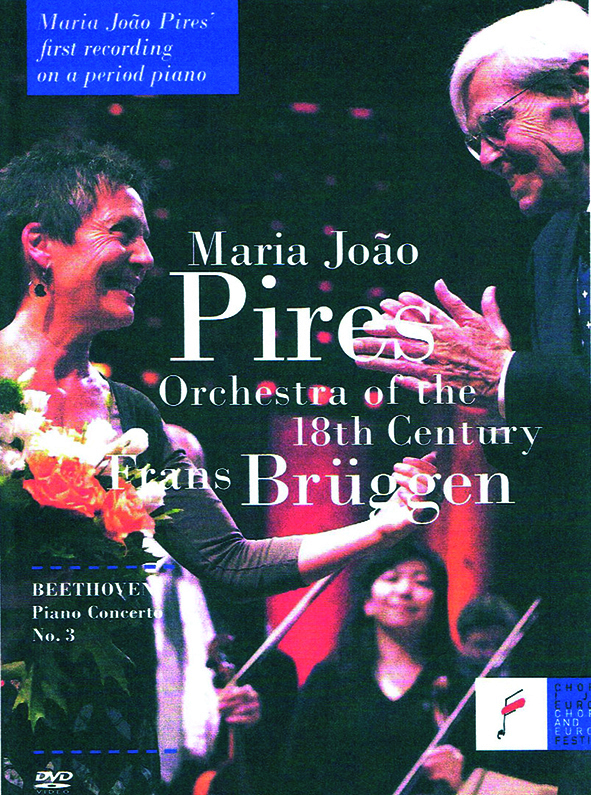 There is a snippet on Youtube, and I wasn’t particularly impressed, but one shouldn’t judge from 39 seconds.

Interestingly enough, Pires won already last year with the same concerto but Daniel Harding conducting. Again, didn’t really impress me back then either. But if you’re into DVD’s, you may want to check it out. Just to clarify, I’m a big fan of Pires for a lot of solo recordings (e.g. Chopin, Mozart), but her recent orchestral recordings just aren’t my cup of tea (see also my review of her Schumann recording with Gardiner here).

The other DVD, also from Warsaw, again with Frans Brüggen, has one of my absolute piano godesses on the piano, the mighty Martha Argerich. 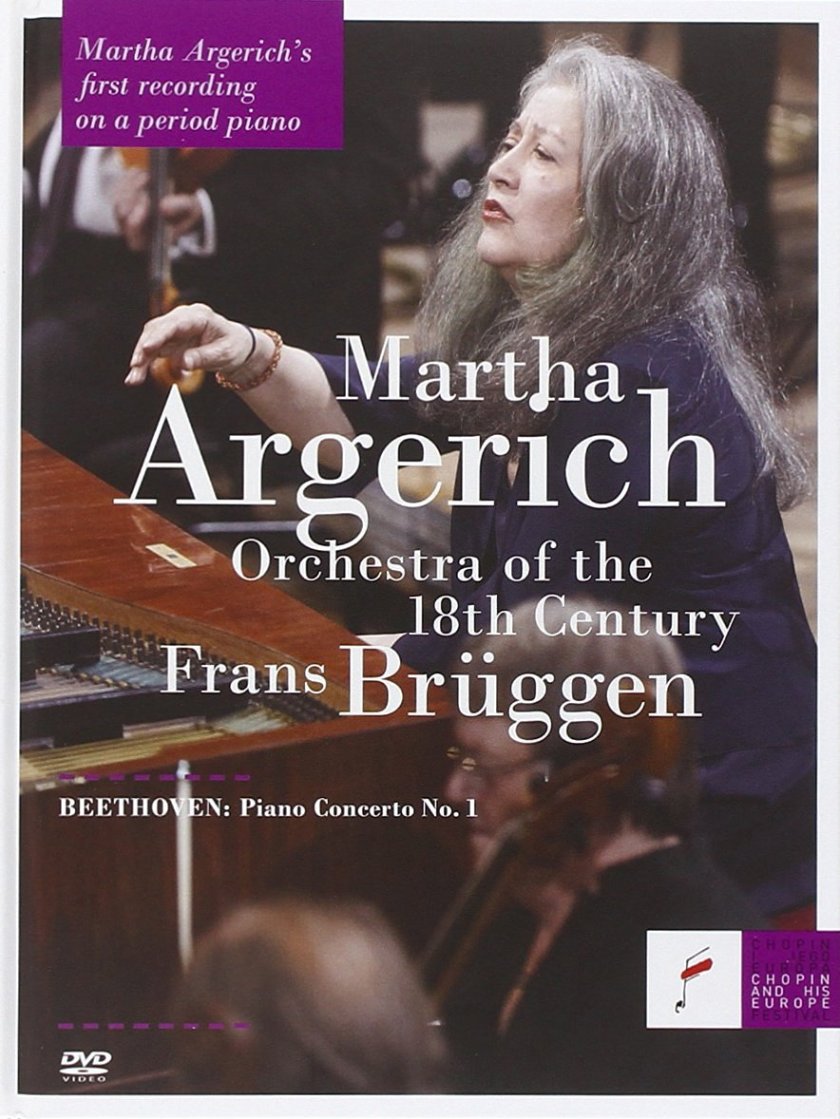 This is already more to my taste. But again, you simply cannot judge a recording on 40 seconds. 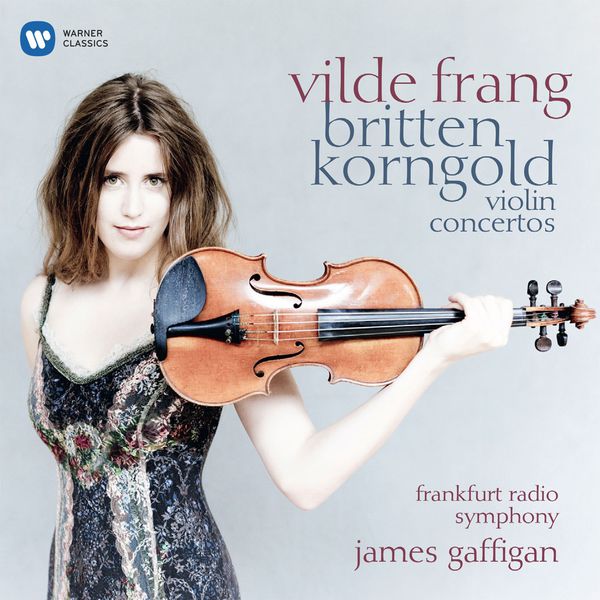 I’m a big Vilde Frang fan, her Sibelius is one of my all time favorites, see here.

Unfortunately, the music on this album really isn’t getting me excited, so I’m not qualified enough to comment about the interpretation.

I must admit I wouldn’t even know Korngold if it weren’t for some old Heifetz albums, and even here, his music that would at moments be rather fitting for the next Star Wars soundtrack doesn’t inspire me very much. OK to listen to once or twice, but nothing I’d consider purchasing.

I can comment even less on the Britten. There is unfortunately only one English composer I really love, Henry Purcell, everything after just isn’t for me. 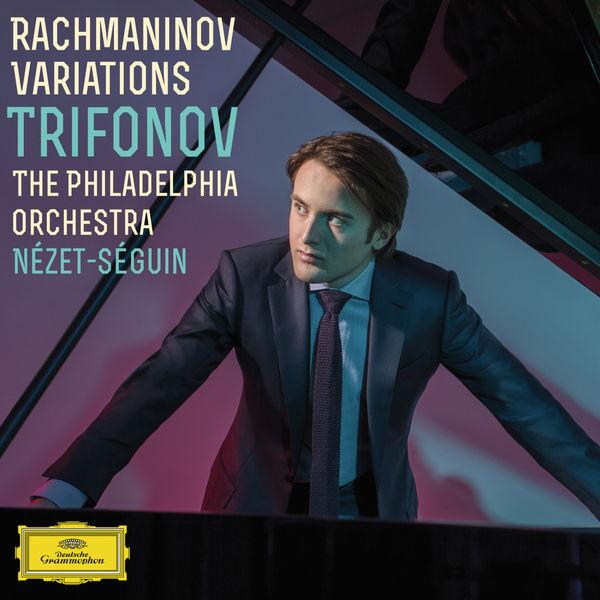 Now we’re getting back into my home turf (not physically, obviously, I’m not Russian), but musically speaking.

This is an album I should have reviewed a long time ago, as it is a true 5 star recording.

We start with Nézét-Séguin, who here again is in top form, and with the Paganini Variations. Already an exceptional start.

However, this album shouldn’t actually be in the “Orchestral” section, as the entire rest of the 1:18 are all solo piano.

The Corelli’s are already great, but my absolute favorite here are the quite rarely played Chopin variations. Amazing, you really get the best of both worlds here, the melodical genius of Chopin together with the romantic virtuoso of Rachmaninov. Absolutely worth having.

So, my take home messages (or albums) are clearly Jansen and Trifonov. Both are absolutely worth having.

And my prediction for the Gramophone Award winner? The Trifonov.

What do you think? Let me hear!

Update August 18,2016: Gramophone has released the three finalists for the category: Pires’ Beethoven, Frang’s Britten, and Trifonov’s Rachmaninov. So my prediction above (written previously) could still come true.