What – a new album of the famous E.S.T.? Well, obviously not a NEW album by the trio after Svensson passed away way to early in 2008 in a diving accident.

But at least a not yet released album, from a live concert at the Barbican Theatre in London, recorded in 2005, was just released on ACT.

I’ve written previously about their album Live in Hamburg , giving it a 5 star rating. To me, E.S.T. was one of the founding fathers of the modern piano jazz trio, picking up from the tradition of a Bill Evans, that was picked up again by Keith Jarrett, but bringing it into  the 21st century. Many of today’s trios (GoGoPengiun, etc.) wouldn’t sound the same without E.S.T.

So, we obviously feature the Esbjörn Svensson Trio here, with Svensson himself on piano, as usual quite clearly in charge, Dan Berglund on bass, and Magnus Öström on drums.

Did I say Svensson dominates? Well, this is clearly quite piano driven, with Svensson getting a lot of solo time, but E.S.T. wouldn’t be E.S.T. without the complex rhythms driven by Öström.

And this being E.S.T. at their best time, you’re getting the usual dose of electronic effects, electro-inspired rhythms, and quite long tracks (the longest goes on for 17:32, making this a nice double album for those who still buy CDs) that are characteristic for the trio.

My favourite song probably is Eighty-Eight Days In My Veins from Viaticum, but there really isn’t a single bad track on this album.

While to me, this album doesn’t have the amazing power and refinement of Live In Hamburg that was recorded about two years later, this album is still highly recommended. If you’re into E.S.T. this is a must have, if you like piano trio in general, you should really check it out as well.

You can find it here (Highresaudio)

Following my Top 5 Classical albums of 2016, here’s my take on Jazz this year.

2016 was tricky with regards to Jazz albums. Actually, usually I build these top 5 lists simply from my 5 star reviews. The thing is, in 2016 I only had one single 5 star Jazz album, GoGoPenguin’s latest release. All others are “only” 4 stars, but still I can wholeheartedly recommend all of them!

I mentioned it before, I’m not always a fan of Brad Mehldau.

I have The Art Of The Trio vol. 3 in my 25 essential Jazz albums and find it to be a true gem of piano jazz, but run away from many of his more recent releases (YMMV).

This one again is really to my taste, he goes back to his roots, and does it well!

As mentioned above, the only 5 star album in this list. As you can see in my initial review, this is probably the true successor to Esbjörn Svenssons trio, bringing the Jazz trio into the age of Electronica.

Keith Jarrett – A Multitude of Angels 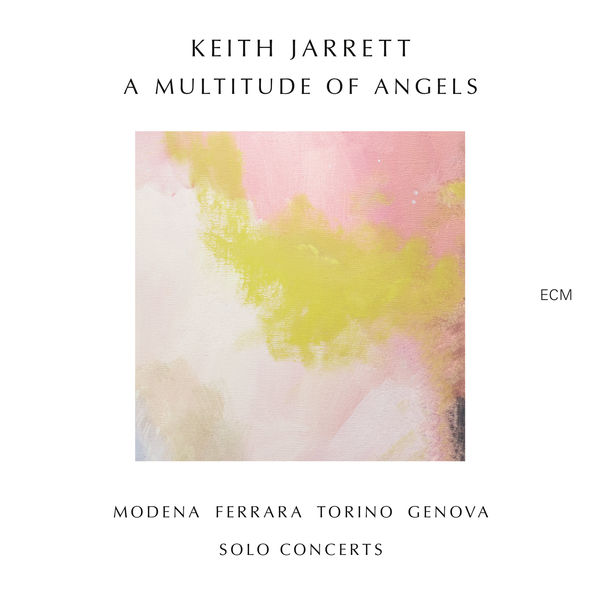 A new Keith Jarrett solo album is always an event, even if in this case we’re talking about previously unreleased material from 20 years ago. As you can see in my recent review, I really like it.

As you can see, I was struggling  a bit to find truly oustanding Jazz albums this year. I’m sure there’s stuff I must have missed. Please do point me to albums that I may not have seen or heard that you’d recommend in 2016!

I’ve received quite a bit of feedback on my posts on my 25 essential Jazz albums. Many of them were asking why artist X, Y or Z wasn’t listed. Most of these had a point.

One example is the Esbjörn Svensson Trio (e.s.t.). Why didn’t I list it? if we do a brief history of (no, not time, come on guys, I’m not Stephen Hawking) the Jazz Piano Trio, from its early starts in the 1950s with the like of Art Tatum, Errol Garner, and Oscar Peterson, I see three major steps in the development:

Bill Evans took this art form to a much higher intellectual level, and made sure all 3 musician are true partners. Keith Jarrett took over when Bill unfortunately left us and dominated the art for for twenty years, until a bunch of Scandinavians around Esbjörn Svensson came, and brought this art form to the 21st century, and introducing it to audiences way beyond the traditional Jazz audience, as there is a lot of rock and electronic influence.

So why the heck haven’t I reviewed any album of this trio yet (although to be fair I mention it regularly)? The answer is easy, e..t. is a bit too much out of the box for me on most of their albums (I’m a guy who’s extremely comfortable IN the box!). There’s usually some “craziness” going on, and quite often just a bit too much for my personal taste. That said, I fully recognize their importance. Unfortunately we lost an outstanding musician when Esbjörn died in a diving accident in 2008.

This 2007 live album (released on ACT) from a late 2006 concert (in Hamburg obviously) is just outstanding, and shows e.s.t. at their peak.

There is still some craziness ongoing (e.g. Definition of A Dog), but overall it is tame enough for my ears to really enjoy it,. And then, there is just tons of energy, including outstanding 17:39 minute long tracks like Dolores In A Shoestand. There is not a minute of boredom. This is two hours of pure adrenaline!

You can get it here (Qobuz), or go for the high quality 4 vinyl edition