After my so-so review of Adam Baldych’ recent Jazz album, where I declared I didn’t really like the sounds of the instrument, one of my readers asked me whether I like the sound of Baroque violin.

Let me put one thing clear: Very much so indeed! And when we get to baroque violin, there are few better players out there than Rachel Podger. I’m a big fan of her.

I’ve previously praised her Biber Rosary sonatas, that deservedly so won a Gramophone award in her category in 2016, and I also love her ventures beyond baroque, for example her outstanding Mozart violin sonatas (see my review here), which also made it into my Must Have Mozart albums.

(I haven’t written about it yet, but her Bach concertos, especially the album on double and triple concertos, is also outstanding).

So you can see a theme emerging up there, with a special focus on violin sonatas with small ensembles.

So, not surprisingly, I was very tempted when I saw her latest album come out. 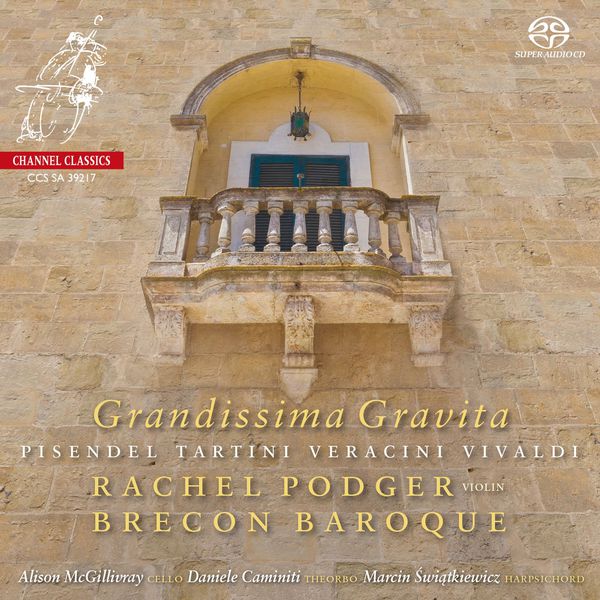 What’s the downside? You get several Italian baroque composer that are really not that well known, from Giuseppe Tartini, to Francesco Maria Veracini, to the only non-Italian in the group, Johann Georg Pisendel, a German but who during a trip to Italy became friends with the only well-known composer of this album, Antonio Vivaldi.

So what do we get from these relatively little known Vivaldi contemporaries? Well, musically, this is not a must have. Already Vivaldi is not my favorite cup of tea among the baroque composers, and his contemporaries are usually even less interesting to me.

But after the first stream, I went ahead and bought the album immediately?

Why is this, will you ask after my somewhat negative intro?

Well, it is simply because Podger, with her small ensemble, Brecon Baroque, plays with so much passion and energy that you simply cannot help to be drawn into the music.

I keep playing it over and over again. I really don’t think you could play this any better.

Add on top the outstanding recording quality of Channel Classics, and you have an album that you really should be checking out!

My rating: 4 stars (5+ star playing, down-graded due to the interest of the repertoire)

You can find it here (Native DSD) and here (Qobuz)