Yes, I know, I’ve been writing an awful lot about classical music since the new year, and Jazz has suffered a bit. This has a multitude of reasons: reader requests (for my essential 25 classical albums), concert visits (see my report on Alondra de la Parra here), or exciting new releases, such as the one I’ll be writing about in this post.

I simply haven’t seen that many exciting new Jazz releases recently. However, I have some in the making, including Sarah McKenzie’s latest album, so if you’re more into Jazz than Classical and follow my blog, don’t dispair, I’ll get back to it.

Yes, I know, I write an awful lot about Bach. If you look at the stats (you can find them in the large categories menu on the side) of my posts about different composers, he leads by far with 25 posts as of today (mid February 2017), even ahead of my beloved Johannes Brahms (with 17 posts so far).

Why is this? Well, I think I’ve written before, you can never have enough Bach. He is probably the most important composer of all times, at least to me. Maybe I should rename my blog title after all.

I’ve written about Blechacz several times already, first about his amazing Chopin Preludes, then mentioning him both in My Top 10 Classical Pianists, and more recently, even adding his Preludes to my 25 Essential Classical albums.

Maybe that is a bit too much praise for a 31 year old pianist who has only recorded a small handful of albums so far, one of which I didn’t even like (his 2013 recording of the Chopin Polonaises). And then again, maybe it isn’t. I’ve had the pleasure of seeing him live once and was really impressed.

So in a way it was a big bet putting him (together with Benjamin Grosvenor, another outstanding young talent) into my Top 10 pianists, while leaving out geniuses like Horowitz or Richter.

Well, luckily, we now have one more piece of supporting evidence with his latest release on Deutsche Grammophon. 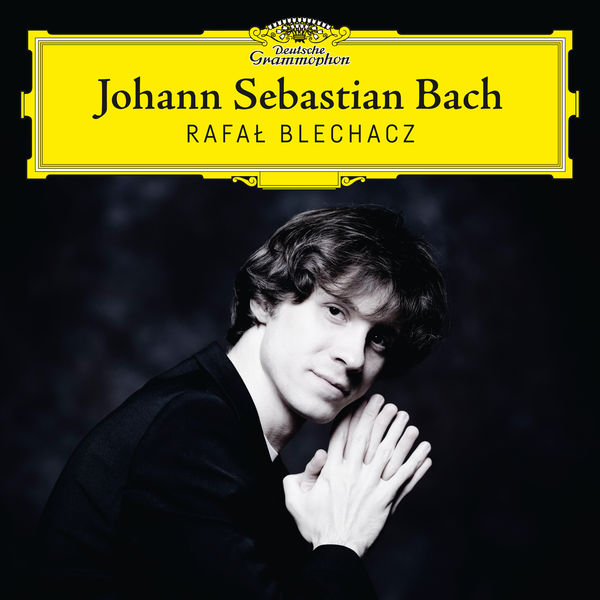 The title of the album couldn’t be simpler: Johann Sebastian Bach. A clear statement.

You get an interesting mix of the Italian Concerto BWV971, partitas no. 1 and 3, and some smaller pieces including the ear worm piano arrangement of the Cantata Herz und Mund und Tat und Leben, better known for my English speaking readers under Jesu, Joy Of Man’s Desiring.

So how does Blechacz (winner of the legendary Chopin competition) move from Chopin, the master of the romantic piano, to Bach, back to completely different music, that was composed for instruments that were very far from the modern Steinway?

Actually, suprisingly well. And if you think about it, it is not that surprising at all. Chopin was heavily influenced by Bach. Note the title “Preludes”, which is taken straight from the baroque repertoire, and is clearly inspired by the Well-Tempered Clavier.

Let’s put this new album against some tough competition:

My favorite version of the Italian Concerto is by another of my Top 10 classical pianists, Murray Perahia, on his 2003 SACD, and Blechacz really doesn’t need to hide here. What differentiates Blechacz I guess is his very individual touch, always gentle, even when he plays loudly. I wouldn’t replace Perahia by Blechacz, but I could very easily live with both versions, having their individual quality. Side note: Two other versions of this concerto I can recommend are by Claire-Marie Le Guay on her beautiful Bach album, and if you prefer to listen to this on a harpsichord, go for the brilliant Pierre Hantaï.

On the partitas, my preferred versions are again Perahia, but also Igor Levit’s beautiful recording (both on Sony). Claire-Marie Le Guay also has recorded partita no. 1 on the above mentioned album. Can Blechacz add new insights? Well, maybe not insights, but a different viewpoint. He has a beautiful playfulness, making this a really individual take on Bach. I find it very enjoyable.

And closing the album with Myra Hess’ arrangement of the Bach cantata is a beautiful round-up to a new addition to the Bach universe.

You can find it here (Qobuz) and here (Prostudiomasters, currently offering a 20% discount for the week that I’m writing this).