Continued from part I here.

The 4th Big B as some call him, Bruckner had to be on my list.

The album I’m recommending nicely enough is a collection of all his relevant symphonies, but I’d really like to focus on Symphony no. 4, my first love, and still my preferred Bruckner symphony.

I’ve written about it previously, and am not going to repeat the entire blog post. As I mentioned there, I’m not listening to Bruckner that much any more, my taste has moved on from the romantic period to much more Mozart and especially Bach, but my Essential Album list couldn’t be complete without Symphony No. 4. Even if I listen to it only a couple of times per year, the broad symphonic sound will always remain close to my heart.

There is especially one part in the first movement, that really give me goose bumps (for 10 other tracks doing the same, check out this blog post), it is a little part that connects two larger sections of the movement, and on the Wand album mentioned here, from 9:48 to 11:02, and has a beauty from out of this world.

Finally moving away from the letter B, my first Chopin album. Chopin to me is one of the absolute masters of the piano to me. You’ll notice that I haven’t mentioned any Beethoven piano sonata, as much as I love them, Chopin is still closer to my heart.

And if you only have to have one Chopin album, it should be Moravec’s legendary Nocturnes. Already, to me the Nocturnes are quintessential Chopin, and nobody plays them better than Ivan Moravec. 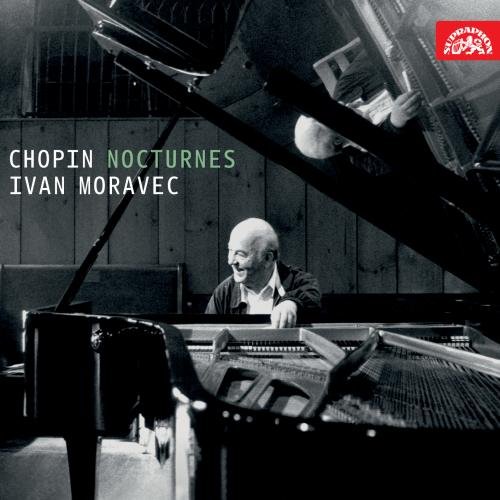 Not surprisingly, Moravec also shows up in my Top 10 Classical Pianists.

Another Chopin album, another pianist I already featured in my Top 10 pianists. At least you cannot call me inconsistent.

Obviously, there are many other pieces you could get from Chopin, the Etudes (Pollini), the piano concertos, Benjamin Grosvenor’s beautiful albums, etc. etc.

But really, the Nocturnes and Preludes should be in everybody’s music library.

Skipping quite a lot of letters of the alphabet, and with this really good composers like Berlioz, Debussy, Dvořák, Fauré, Händel, Haydn (although I was close in adding his Cello concertos), Grieg, Mahler, all of which have composed great music and that I’ll write or have written about. But none of these composers have made it on my, again, extremely subjective list of “essential”, i.e. something I really wouldn’t want to live without. I know, we can discuss this endlessly, but I had to make a choice, and here we go.

So finally an album and piece that I haven’t written about yet.

You could argue, of the great violin concertos, why do I chose Brahms and Mendelssohn, and not Beethoven or Tchaikovsky (or, to a lesser extent, Bruch)? Well, again for the same subjective reasons as above, both really touch me the most.

I’ve previously praised Janine Jansen’s recent Brahms recording, and am also quite a fan of what Riccardo Chailly has done with the Gewandhaus, be it his complete Brahms symphonies, or the piano concertos with Nelson Freire.

On this excellent album, on top of Mendelssohn’s masterpiece, you also get an outstanding version of Bruch, so this really is another must have.

Other music from Mendelssohn I can highly recommend includes his Songs Without Words, and his symphonies no. 3 and 4.

Moving on to Mozart. And getting into dangerous territory. My favorite pieces of all times are his great DaPonte operas, most of all Cosi, closely followed by Figaro. 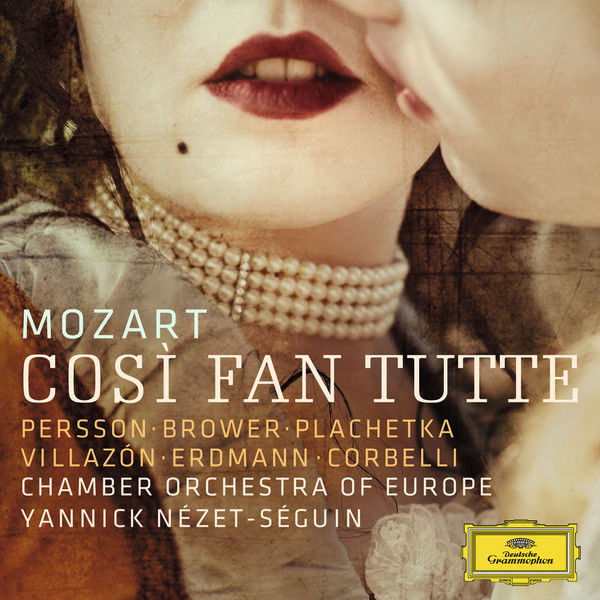 However, as mentioned in my review of this album, I still don’t consider myself an opera expert. So take my recommendations with a grain of salt, and I’d particularly appreciate any feedback from any opera lovers about their favorite versions.

That said, this 2013 live recording is great, much better than the more recent, slightly disappointing Figaro.

Even more difficult territory here, as René Jacobs operas are usually love/hate affairs, i.e. you either love them or hate them.

I personally usually find them really interesting and insightful.

I also have about 10 other versions, including the classics from Böhm, Muti, Erich Kleiber, but keep returning to this version, as well as the first I ever owned, by James Levine. 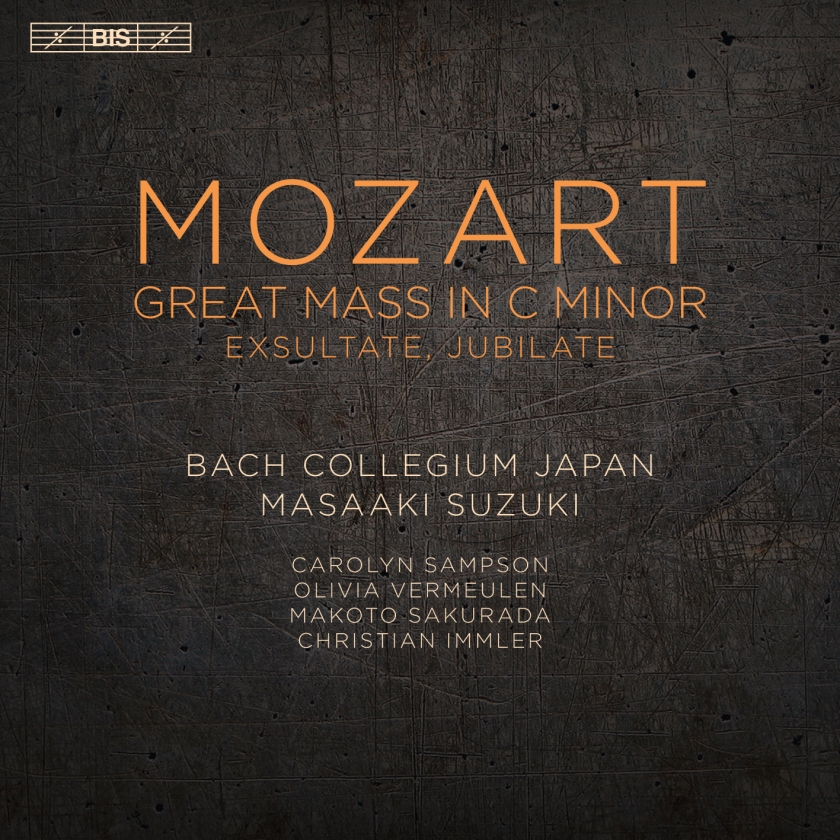 I’ve written twice previously about Mozart’s choral masterpiece, one of the most amazing works of music ever written. And I must admit that Masaaki Suzuki’s recent version really made something very special.

Again, jumping a couple of letters ahead, skipping Liszt (although his b-minor sonata was close to making the list), Monteverdi, Mussorgsky, and Prokofiev), directly to Rachmaninov.

And for Rachmaninov, as much as I like quite a bit of his solo piano work, the true essentials are his piano concertos no. 2, and even more so, no. 3

I’ve previously mentioned this album in my post about My Top 10 pianists.

Obviously, there are many other legendary performances of the Rach’s, including Horowitz, and Van Cliburn, but Andsnes and Pappano really stand out.

Moving one letter ahead again, to S.

Schubert’s “late” (all relative, given that he passed away at the age of 31) piano sonatas, D958-960, are absolute masterpieces again. It is not easy to pick my favorite.

Luckily, quite recently I did a systematic comparison of D959, where Uchida, Perahia, and Brendel came out on top.

I’m here rather arbitrarely recommending Uchida, given that her rather exhaustive Schubert box contains 8 CDs for a really low price, you may as well get this directly. You won’t regret it.

A Schubert Lied just had to be in the list, and Winterreise really is such a gem.

As written here, I really like Christoph Prégardien with Andreas Staier, but this is one where one could easily collect 20 and more versions and still discover something new.

As you can see, I really like Schubert. He get’s 3 entries, and I could easily have given him four or five. Luckily, on this album you get two of my favorites, the amazing quintet, and the nearly as outstandingly beautiful Death and the Maiden Quartet.

You’ll find my initial review here. I could have easily recommended the more recent version by the Quatuor Ebène as well, I just find the coupling more attractive of the Pavel Haas.

And last but not least, Schumann.

Given that this is the last entry, you’ll notice the absence of Stravinsky, Tchaikovsky (although you’ll find I’ve reviewed quite a bit of Tchaikovsky on my blog), Ravel, Telemann, Sibelius (although his violin concerto was close to making the list), or Vivaldi.

And for Schumann, I didn’t chose his piano concerto, nor his solo piano music, but his symphony no. 3, the “Rhenish”. Moreover, I’m recommending an atypical version, by Thomas Dausgaard with the Swedish Chamber orchestra. Why? Well, it has often been written that Schumann didn’t know how to orchestrate properly, the balance was supposedly off.

Well, actually, if you listen to it played by a smaller chamber orchestra, like here, or on Nézet-Séguin’s recent recording with the Chamber Orchestra of Europe, another excellent version, you get a totally different picture. Well, obviously the classic recordings of Klemperer, Szell or Sawallisch also have their charm. But for me, a smaller ensemble is what works best.

Again, I very much appreciate any feedback!

Thanks again for all of you who already commented on part I, I can assure you, your feedback is always very welcome. Agree, or even better, disagree, and tell me why!

All albums mentioned here are five stars on my personal rating scale.