Let me start by saying, if you haven’t realized it yet from reading my blog, that I’m a huge fan of Baroque music. There is something about this era that fascinates me musically.

But beyond these big names there are many other composers that simply aren’t as much on our (or at least mine) radar screen yet.

The following album explores some of these names. 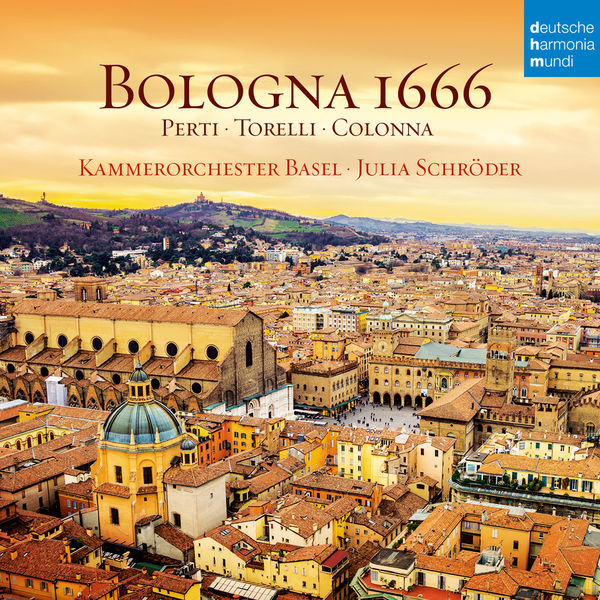 So what exactly went on in 1666 in Bologna? Well, beyond the fact that the city was one of the cultural centers of Europe at the time, the Accademia Filarmonica was founded, one of the earliest musical schools in European history. Note that the Academy is still active to this day. The most famous pulis of this school were probably Corelli, and the legendary Farinelli.

What do we get on this album? There are several pieces by Giovanni Paolo Colonna, a name I must admit I hadn’t heard before, but this gentleman actually was one of the founders of the Academy. You get a bit of Torelli (not to be confused with Corelli obviously), and other “smaller” artists like Zavateri, Perti, or Laurenti that the world has forgotten about beyond some music scholars.

Is it worth checking out? Absolutely, yes! Quite often I’m pretty disappointed with music by e.g. lesser known composers (e.g. Ferdinand Ries), but here really there isn’t a disappointment. If at all, I actually prefer many of the pieces to let’s say the average Vivaldi violin concerto, and there is a lot to discover.

And how’s the playing? Well, it really is the highlight of the album. The Kammerorchester Basel is one of the best period chamber ensembles that we have in Europe right now (and let me count Switzerland as European for this purpose), their Beethoven cycle with Antonini was quite spectacular.

I had heard the name of Julia Schröder before, but this is the first time I actually heard one of her albums. She is a professor at Freiburg University (not very far down the Rhine from Basel), and her brilliant, nuanced, and tasteful playing of the lead violin is quite magical here.