I’ve mentioned this several times before, reviewing classical music is a very subjective business. See examples here and here of cases where professional reviewers disagree a lot about the quality of a recording.

Therefore, it is even more impressive if you find reviews where nearly everybody agrees. Those are the recordings you should truly check out, as these are actually rather rare.

One of these outstanding recordings is the recent Arkadi Volodos recording of Brahms. This album got a “Choc” (i.e. 5 stars) from Classica AND an Album of the Month by Gramophone.

What is even more impressive is that not only these two agree, but 5 other classical reviewers (not counting me) do as well. Classica publishes every month an overview of what the leading critics in the French media (France 3, Le Figaro, Radio Classique, France Musique, and Le Monde) think of a number of recent albums on a scale from “X” (didn’t like at all) to “three hearts” (liked passionately). I check this overview every month, and it is really extremely rare to find that all reviewers give three hearts.

Well, for the Volodos recording, three hearts from all of them. The only outlier I’m aware off is Andrew Clements from the Guardian.

In a nutshell, we have a strong contender here for the piano album of the year (a bit early after only 5 months, but mark my words, I’ll get back to this later).

Why am I writing all this in a review of a completely different album?

Well, a because I just read the overview in the latest Classica, but also because the album I’ll be writing about now is to me the only serious contender for best piano album of the year (again, so far).

I first heard about Kantorow, son of the conductor Jean-Jacques Kantorow, from a recent email by Robert von Bahr, the owner of the Swedish independent classical label BIS.

I’m on his mailing list, and on a monthly basis, you’ll get a note about BIS’s most recent releases. Obviously, this being the owner, you have to take his promotional talk with a grain of salt, but actually he has a rather refreshing open style, and more often than not, he can even be sometimes being quite critical of his own releases.

So when I received an email with the following text “I have absolutely no qualms in saying, nay, screaming, that we in ALEXANDRE KANTOROW have a super talent, indeed someone destined for a world career that is now starting (….) Alexandre Kantorow is a genius, and we are going to record as much with him as he can give us“, I at least got curious.

Well, Robert wasn’t overpromising. This album is truly spectacular, and really is so far the only real challenger for Arkadi Volodos this year. 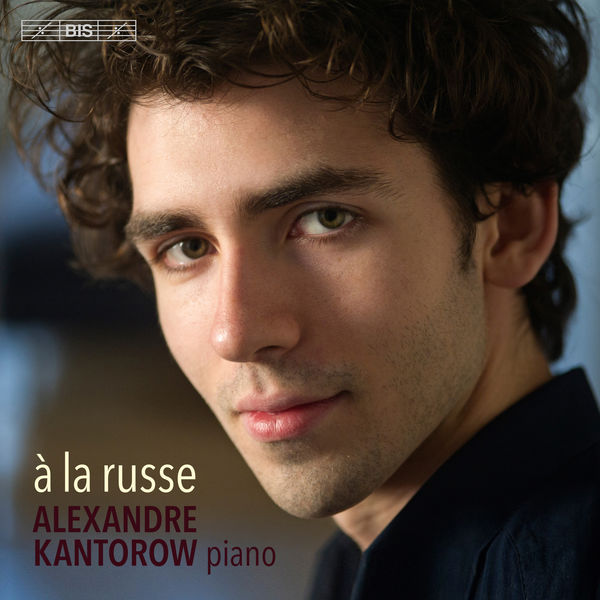 What do you get? Well, as the title indicates, Russian composers. A sonata by Rachmaninov, some lesser known pieces by Tchaikovsky, and Balakirev’s Islamey.

But to me the absolute highlight of this album is the piano transcriptions of parts of L’Oiseau du Feu (Firebird) by Igor Stravinsky. I’m not a big fan of Stravinsky in general, his music doesn’t speak to me that much.

But here, I cannot be but mesmerized by the mixture of extreme virtuosity and outstanding musicality.

This is a must have album.

You can find it here (eclassical) and here (Qobuz)