Maestro Paavo Järvi just got voted Artist of the Year as part of the yearly Gramophone Awards.

As much as I wasn’t totally in agreement with some of Gramophone’s other choices (see my comment here), I fully agree with this readers choice, in fact, I also voted for him.

The son of Neeme (see my review of his Tchaikovsky here) and brother of Kristjan, certainly comes from a very musical family. He’s been recording with a number of orchestras, in Frankfurt, Bremen, Paris and elsewhere, and is producing an enormous amount of recordings. In spite of this quantity, his quality has been consistently very high.

I just noticed I hadn’t written a single post on Beethoven’s symphonies yet. In a way, they are the summit of classical music, that all other composers after him looked up to, and have been recorded and played thousands of times.

So if you still bother to record them in the 21st century, you better have a good reason. And interestingly enough, it is often smaller or lesser known orchestras that really offer a fresh view on things, e.g. Osmo Vänskä’s cycle with the Minnesota Orchestra, or the young Kammerphilharmonie Bremen with Paavo Järvi here. Berlin, Vienna, and NY, you better be on your toes (and Berlin certainly did  a smart and creative choice with Petrenko).

Deutsche Welle has published an excellent documentary on Paavo’s work with the Kammerphilharmonie, which can be found on Youtube (see part 1 at the end of this post).

Why of all the albums did I pick symphonies no. 4 and 7?

Not not for my beloved symphony no. 7 (my preferred Beethoven symphony). But unfortunately, for this symphony, the definite recording has already been done some time ago, and while Järvi does an excellent job here, he cannot beat the legendary Kleiber version. 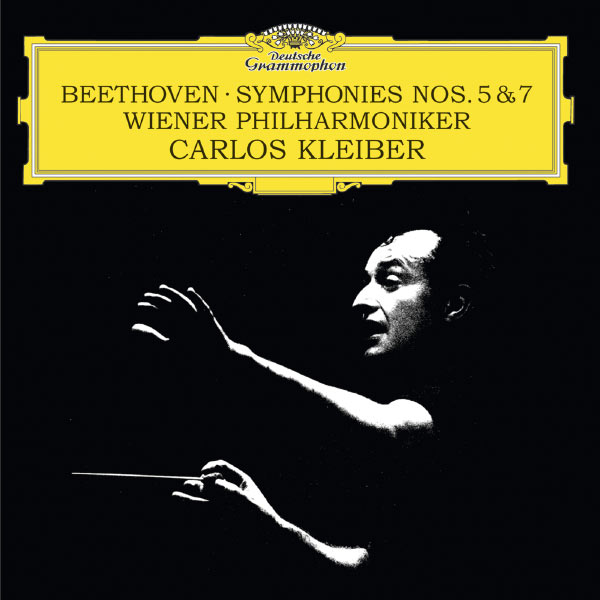 However, where I really think Järvi does a small miracle is symphony no. 4.

This symphony overall reminds me way to much of Haydn, and sorry to all Haydn fans, but his symphonies just don’t grab my attention enough (disclaimer: his string quartets and cello concertos are a different story. And I’m watching closely the Haydn 2032 project of Giovanni Antonini, that may eventually change my mind about the symphonies).

Big blocks of b-flat major orchestral tuttis all over the place, it is in a very unfortunate place between the monsters of the Eroica and the 5th, kind of the ugly step-child of Beethoven symphonies (the only one I like even less is the 8th).

Now what does Järvi do with this? Two words come to mind: Energy and transparency. This is not a recording that sounds like “Papa Haydn”. This is a recording that will have you sit on the edge of your seat all of the time, eagerly waiting what comes next. There is no moment to breathe, no moment to relax, it is tension, but a very positive one, all the time. This is exactly how this should be played!

Obviously, you can safely check out all other symphonies of the Beethoven cycle as well, you’ll never be disappointed by Järvi and the Kammerphilharmonie.

As promised above, part 1 of the documentary about Järvi’s Beethoven, you’ll find the three other parts on Youtube as well.

Following up to my own post on the Diabelli variations and the addendum with the input from Classica here, now my other favorite classical music magazine, Gramophone, in their recently released August edition, has tried to identify the best version of the Diabelli-Variations.

I’m glad to report that my personal preference, Andreas Staier, gets a special mention as “Period-Instrument Choice”, and therefore one of the four recommended versions out of more than 80. Staier’s ECM also gets a honorable mention.

A live recording from Rudolf Serkin gets the “Historic Choice”, Olli Mustonen’ RCA recording get’s the “Iconoclastic Choice” (the recording is on Qobuz streaming, so I’ll check it out later).

But their top-choice unfortunately is on the Onyx label, which is more restrictive on streaming, so I haven’t heard it yet. It is the 2008 recording by Stephen Kovacevich. Given that he started his career with this work in 1961, I’m not too surprised about this choice. Worth checking out, and on my list to purchase in the near future. 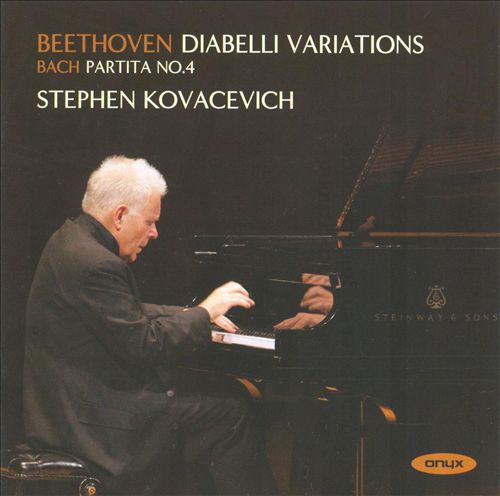 As a quick addendum to my previous post on the Diabelli variations, when I opened the latest issue of the French magazine Classica on my iPad today (a bit late, it came out several days ago), I was pleased to discover that they dedicated their monthly blind test column, where their review staff compare 8 versions of a given oeuvre blindly, and ranks them, to just this work.

I usually have a large overlap in taste with Classica, so I was a bit surprised to see none of my two recommended recordings even mentioned. But then I read it in the text, “les pianofortes atteignent leur limited“, the fortepianos reach their limits. Interesting, so Beethoven composed something that couldn’t have been played on the instrument he was used to. To be fair he was deaf at that time, but this is still an interesting conclusion. But ok, let’s see where they take it from here.

Well, their recording that is leading the pack is a recent recording on the label Naive played by the French pianist Laurent Cabasso.

Well, the French press, very much like the English, has a certain patriotic tendency in their reviews. But remember, this is a BLIND test, so let’s assume they haven’t cheated. I obviously had to listen to it immediately, and luckily my streaming provider, Qobuz, has the album available.

My conclusion remains the same, I’m personally much more touched by the fortepiano versions than by this admittedly very good, but not outstanding recording (4 star on my personal rating scale). So if you prefer a modern piano, you may want to check this version out. But if you do, also compare it to the much more extremist (in a positive sense) Sviatoslav Richter (FYI, no. 5 in the Classica ranking). Otherwise, Schiff and Staier are a must on your playlist.

P.S. Gramophone has done a similar comparison in their August 2015 edition, you’ll find a summary here.

Beethoven. You could be saying that I’m really trying to tick off the famous “great Three B’s” first. How creative of me.

Well, while the general consensus doesn’t get everything right, there’s a reason why the three B’s are so important. And in any case, I probably wasn’t mean to be a rebel to tell the establishment they got it all wrong.

Back to Ludwig van. I’ve been a fan, like forever (excuse me for sounding like an over-excited American teenager). The symphonies I can never never never get bored with (except, as already mentioned before, the ninth, which somehow escapes me). His piano sonatas are amazing and cover his entire spectrum from something that sounds like young Haydn (and were not surprisingly his op. 2) to the extremely well-known sonatas in his middle period, many of which got their reputation due to their nickname (from Mondschein to Apassionata), to the late works (op. 109 to 111) which are anything but immediately accessible for the average listener, including me.

But let me talk about the Diabelli variations today. They are probably not as well known as their famous variations older brother (Bach’s Goldberg), but still are seen by most experts as an absolutely masterpiece. And let me admit: until recently, I just never “got” them. I tried again and again with the small handful of versions I had (including Brendel nevertheless), and nothing ever stuck, I just never really fell in love.

Until recently. Two and a half versions (I was tempted to do a Charlie Sheen joke here) of this, and very repeated listening, changed my mind.

The first version, is the one I kind of called 1.5. To be fair, they are two, but both played by the same pianist and on the same album. Andras Schiff, the great Hungarian pianist, recorded the Diabelli-Variations twice, for ECM (yes, I know, ECM again...)

Disc 1 (if in the times of computer audio it still makes sense to speak of discs) contains a recording on a 1921 Bechstein grand. This version really opened my eyes for the beauty of the Diabellis.

Disc 2 contains the same piece again, played this time on a fortepiano from Beethoven’s time. I recently started enjoying the fortepiano more and more (thanks to great pianists like Roland Brautigam, Kristian Bezuidenhout), as not only “it sounds like Beethoven would have heard it” (if he wouldn’t have been deaf by the time this was composed), but also it gives a totally different degree of transparency.

But when we get to the fortepiano, there is another version I prefer even more, from an artist with pretty much the same first name: Andreas Staier on Harmonia Mundi. Andreas Staier is a German fortepiano and harpsichord player, and I have yet to find any recording of him that seriously disappointed me.

This has been recommended by several people I usually trust well. But because of my scepticism until recently regarding the Diabellis, I only got this version some weeks ago. What a mistake. It is just amazing.

Luckily for us, both versions are also very well recorded (you can usually trust both ECM and Harmonia Mundi to get that part right), and are available as high-res downloads.

Check both out, you won’t be disappointed.

P.S: I just discovered this interesting article from Nick van Bloss describing his recording the Diabellis on Gramophone’s blog. I haven’t checked out his album yet, but his description and approach are certainly worth reading.

P.P.S. If you prefer a modern piano reading, read my addendum I just published.

P.P.P.S. Gramophone also likes Staier, but has yet another alternative

P.P.P.P.S: Igor Levit has recorded another outstanding alternative on a modern piano.

Please let me know if I missed any good version out there, I can certainly live with more!