As a quick addendum to my previous post on the Diabelli variations, when I opened the latest issue of the French magazine Classica on my iPad today (a bit late, it came out several days ago), I was pleased to discover that they dedicated their monthly blind test column, where their review staff compare 8 versions of a given oeuvre blindly, and ranks them, to just this work.

I usually have a large overlap in taste with Classica, so I was a bit surprised to see none of my two recommended recordings even mentioned. But then I read it in the text, “les pianofortes atteignent leur limited“, the fortepianos reach their limits. Interesting, so Beethoven composed something that couldn’t have been played on the instrument he was used to. To be fair he was deaf at that time, but this is still an interesting conclusion. But ok, let’s see where they take it from here.

Well, their recording that is leading the pack is a recent recording on the label Naive played by the French pianist Laurent Cabasso. 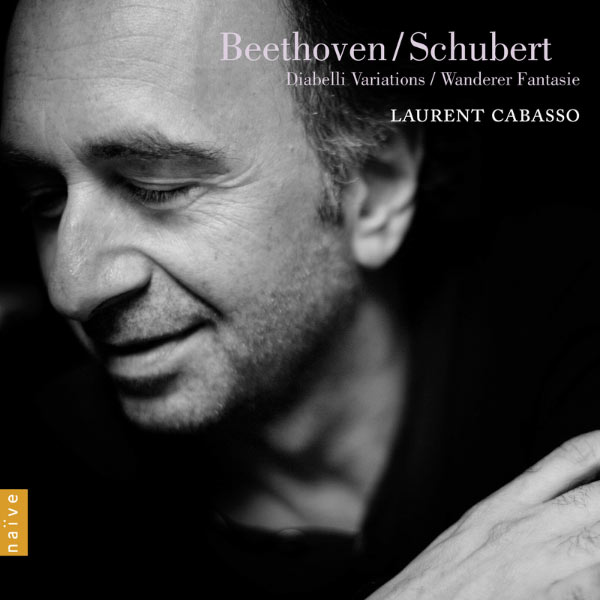 Well, the French press, very much like the English, has a certain patriotic tendency in their reviews. But remember, this is a BLIND test, so let’s assume they haven’t cheated. I obviously had to listen to it immediately, and luckily my streaming provider, Qobuz, has the album available.

My conclusion remains the same, I’m personally much more touched by the fortepiano versions than by this admittedly very good, but not outstanding recording (4 star on my personal rating scale). So if you prefer a modern piano, you may want to check this version out. But if you do, also compare it to the much more extremist (in a positive sense) Sviatoslav Richter (FYI, no. 5 in the Classica ranking). Otherwise, Schiff and Staier are a must on your playlist.

P.S. Gramophone has done a similar comparison in their August 2015 edition, you’ll find a summary here.