Another blog post on Bach you’ll ask? Haven’t I written enough about this genius yet? Well a) no, absolutely not, and b) this is actually one of his many sons.

I quite like Carl Philipp Emanuel, but Wilhelm Friedemann really was a blank spot in my library.

So when I read in the January 2016 edition about a new WF Bach recording that even got an Editor’s Choice, I got curious.

Other French reviewers (Diapason, Telegram) also liked this album, so thanks to Qobuz streaming surviving (after having found a new investor late last year), I was able to check it out.

And here comes the bad news: I just don’t get it. 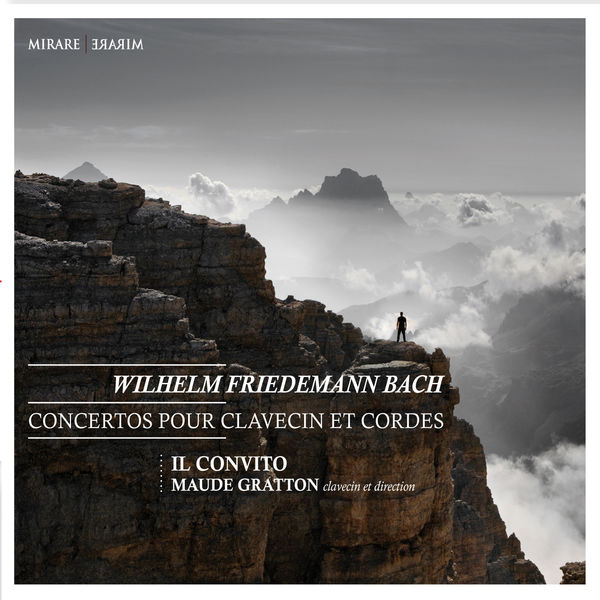 But before I get there, there is really a lot about this album that I really like: First of all, this is really top-notch playing. This is obviously a rather small ensemble, so the playing of each individual musician can be heard (also due to the fact that the album is quite well recorded). The young French harpsichordist Maude Gratton and her ensemble do an outstanding job here.

Second, I really appreciate the fact that we have a female conductor here, something which is still to rare these days (Simone Young, Emmanuelle Haïm, and Marin Alsop are the only ones that come to my mind spontaneously).

Third, I really appreciate the fact if somebody tries to stay away from the mainstream repertoire and discover new gems.

Not my cup of tea

Well, now we obviously have to come to the downside: I just don’t particularly care about the music. There are obviously beautiful moments. But I cannot help myself to think too many times “Why is he (the composer) doing this now and not something else?”, or “isn’t there something missing?”. I know this may sound presumptuous, and it probably is (especially because I’m pretty clueless about composing). But in any case, I don’t get this music.

I often wonder how in musical history some composers stay on top and others are completely forgotten. I guess true quality often pays off in the long run. That doesn’t mean, as mentioned above that lesser known composers don’t deserve the attention (and my recent discovery of Cavalli thanks to Christina Pluhar is a case in point. But overall, there is probably a reason why Wilhelm Friedemann to this day still is rather far away from  his father’s father’s fame.

But again, this is my personal taste and nothing else, so if you disagree with me, please comment! I always appreciate feedback!

My rating: 3 stars (note that this is 5 star playing, but I just cannot be bothered with the music)

You can find it here (Qobuz) or here (Prostudiomasters)

UPDATE Jan 28, 2016: Classica agrees with me and gives this album 3 stars (out of 5), proving again that Classica probably is the magazine that overall has the highest overlap with my personal taste, and that Gramophone’s recommendations need to be taken with a grain of salt, at least for me personally.