I got a lot of reactions to my 25 essential Jazz albums. One of them was saying: but what of Dave Holland? Well, I’m overall not such a big fan.

I’ve heard him live once at the New Morning in Paris, and very much enjoyed the concert, but his ECM albums usually don’t excite me that much. I must admit I haven’t gone through his entire discography yet, probably there are some gems to be discovered.

One such gems is the album below.

Let’s face it, there is a reason why Jazz is usually played at least in trio form: Duos are mostly boring. There is just something lacking without e.g. a drummer.

But to make sure: the rule above has its exceptions. And one person is usually involved in these, and that is the brilliant pianist Kenny Barron. He is one of the few who can pull it off without drums, as he’s already swinging like crazy, and you basically have the drum track in your head right with it.

One excellent example of an outstanding duo recording I already mentioned in the 25 essential Jazz albums: his collaboration with Stan Getz in People Time.

The Art Of Conversation 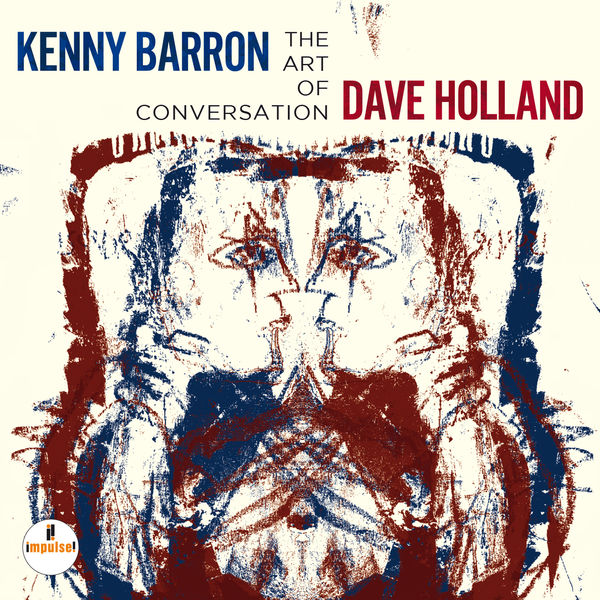 This 2014 Impulse album is excellent. And as a Keith Jarrett fan it pains me to admit that this collaboration is better to my ears than both the recent Jarrett / Charlie Haden duo recordings(Jasmine and Last Dance).

It is basically the result of a long tour of these two outstanding musicians together in 2012, actually, Jean-Philippe Allard, the producer of People Time mentioned above, saw them in concert in 2012 in Paris and asked them whether they wanted to do a duo recording. Luckily both agreed.

There are beautiful long ballads like Rain, Swinging monsters like In Walked Bud (I never would have believed that anybody else than Monk can pull this track off). In Your Arms is an outstanding Dave Holland original with a lot of intensity. Basically, this album really never becomes boring, but it is like to smart people having an intelligent conversation, the title is spot-on.

You can get it here (Qobuz) and here (HDTracks)