Can a Japanese ensemble play Bach? Of course they can, and even at an astonishing level.

I’ve yet to hear a recording with Suzuki and his Bach collegium Japan that wasn’t worth checking out at least.

The only thing you can sometimes say about their recordings is that they can be a bit too polished, too perfectionist, and therefore a bit too well behaved.

Moving from Bach to Mozart, they already released a quite beautiful recording of the requiem in 2014.

I’ve written previously about this absolute masterpiece by Mozart, and recommended Louis Langrées version, and Herreweghe’s classic. This recommendation is still valid,  however, the Japanese really throw in a new very serious competitor.

What is spectacular about this album is the sheer transparency. The typical precision of the Bach Collegium really helps illuminate every little detail in the recording. 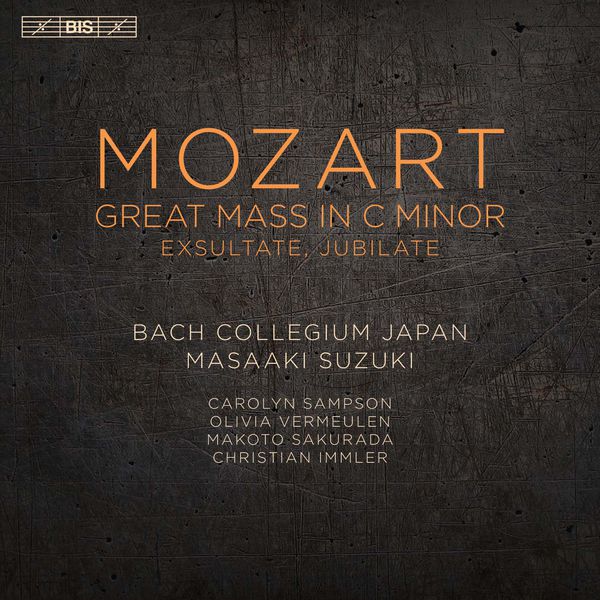 This really draws you into the work, and makes it sound like something new, that you’ve never heard before.

Of the two female singers, while I like Olivia Vermeulen, Carolyn Sampson is even more gorgeous. Listen to her in the Et Incarnatus Est, and it really will make you cry. Such a beauty!

The Exsultate Jubilate K165 in contrast is nice, but clearly a work of a very young Mozart (he was 17 when he wrote it). You won’t regret getting it, but we’re far away from the masterpiece that is the K427.

In summary, will this kick Herrweghe off the throne? Well, not exactly, but in my opinion he gets to share the top position from now on.

You can find it here (eclassical)

UPDATE December 2, 2016: In the latest December issue, Gramophone agrees, giving it an Editor’s Choice and calling it one of the best period instrument choices.