I’ve written several times about Cecile McLorin Salvant already, about her amazing album For The One To Love, which also featured in my Top 5 Vocal Jazz albums for 2015. I also already had the pleasure of hearing her live, an outstanding experience.

This young singer has already received so much praise, including a Grammy and a DownBeats critics poll, that I’m hardly presenting you a scoop here, but a new album by such a great artist really needs a blog post! 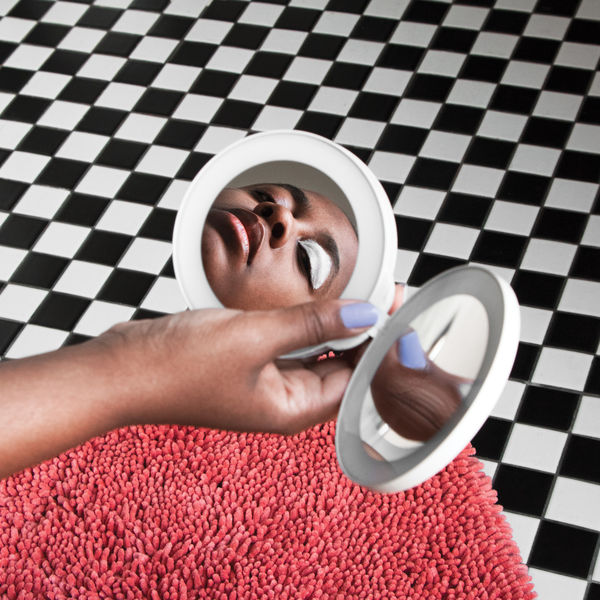 A couple of initial comments: this is a live album, recorded in 2016 at the legendary Village Vanguard in New York that has given us outstanding live albums already back in the days of Bill Evans. And the recording quality is excellent, you really only notice the live character of this album from the audience´s enthusiastic clapping and her occasional comments to the public.

Second comment: you get a double album here. Some could argue, is this a bit long? Actually not at all, you actually really don’t want this album to end.

Third comment: this album is formally slightly less innovative than the first two ones, you get more Irving and Gershwin standards, and the playing by Aaron Diehl and his great musicians is relatively mainstream. Some of you will take that as a criticism. Actually, not at all!

Because McLorin Salvant manages to put her very personal spin on even old try familiar standards like Devil May Care or You’re My Thrill.

My favorite track is Somehow I never could believe, which starts out as a sensitive ballad where Aaron Diehl already gets to shine in the long intro, but the real hero is Paul Sikivie on bass. And then you get Cecile´s voice, which on this track sometimes is even close to whispering. Amazingly intense.

A note on the title: You have Dreams, representing pretty much what you’d think it means. But what about the Daggers? Well, according to McLorin Salvant, this is about the songs about more complex topics, like feminism, racial identity, self-doubt, that really force you to listen to the lyrics.

This album is a must have for any jazz lover. The year is not yet over, but I´d be surprised if this album doesn’t end up in my personal top Jazz albums for 2017.

In my very first post about her I asked the question in the title Will Cécile McLorin Salvant Become The Most Important Jazz Singer of Our Century?.

Well we obviously still have 83 years to go in this decade, but she’s clearly up to a very good start here.

3 thoughts on “Yes, Cecile McLorin Salvant could well be the leading Jazz singer of the 21st century: A Review of Dreams and Daggers”