“Lied” is a German word that literally just means song. Interestingly enough, the word “Lied” or the plural, “Lieder“, has made it’s way into the English language, at least for those interested in 19th century classical music.

In German, there is another word, Kunstlied, literally Art Song, that differentiates this particular category from anyother Lied, which could be anything from a childrens lullaby to Justin Bieber’s latest hit.

This art form really peaked in the romantic times of the 19th century. People at the time loved romantic literature, romantic poems, and obviously romantic music. The latter followed what is commonly known as Wiener Klassik.

What is so special about the Kunstlied, is the combination of masterful composing by greats like Schumann or Schubert, and the great poetry of Goethe, Schiller and others. Obviously, if you don’t speak German, you’ll have to rely on your booklet or internet translation of the lyrics. I strongly recommend you do, the text often is breathtakingly beautiful.

If I’m not mistaken, I haven’t yet written about any Lied recording on my blog. This is because I really dived into this art form only rather recently, and am still in the process of discovery. It is a gratifying journey, as this, together with chamber and piano music, is where my beloved Franz Schubert really shines.

Winterreise is one of the best known song cycles. This blog post was triggered by a post I read yesterday by fellow blogger The Well Tempered Ear (which you should check out).

Winterreise just is the perfect music for these cold winter days (assuming you’re somewhere in the Northern hemisphere). Here you really need to follow the lyrics. These 24 songs are based on poems by a lesser known poet, Wilhelm Müller, and losely tells a story of a wayfarer in Winter. Just make sure you put on the fireplace (if you have one) or turn on the heating, get a nice cup of your favorite hot beverage, and start listening to the journey. You’ll be glad you’re inside in the warm.

As said above, I am still at the beginning of my discovery of the Schubert song cycles, but I’ve been through already quite a number of versions of the Winterreise. Probably every great tenor of this world has recorded it, and sticking to just one version is pretty much impossible. I’m pretty sure I’ll have future posts on other versions coming. 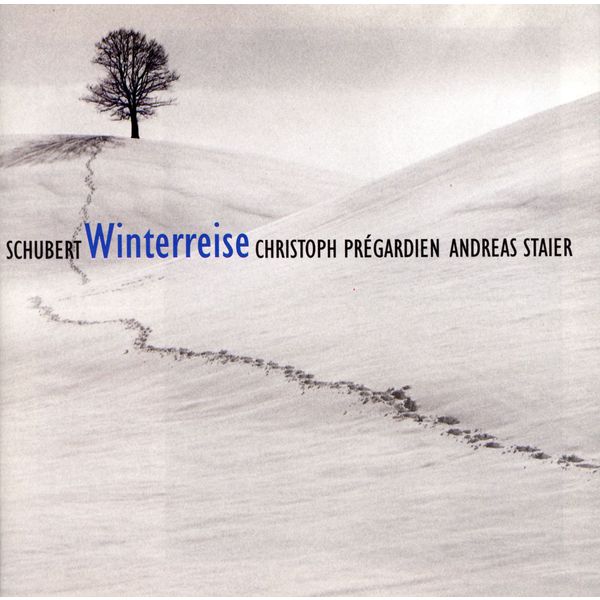 So why this one now? Well, it is just the intricate balance of Prégardien, one of the best tenors of our time, and Andreas Staier’s beautiful and nuanced Fortepiano.

Most of the recordings obviously are with modern Steinways. Don’t get me wrong, I love the sound of these (and still aspire to own one in the future). But for a work written in 1827, it pays off to get the more subtle sound of a fortepiano. This gets you to a whole new level of transparency. A must have.

You can find it here (Qobuz) or here (Prestoclassical)

P.S. This will most likely be the last post of the year, as I’m looking forward to some relaxing days with the family over the Christmas holidays.

I thank all my readers for their continued interest in my blog, and wish all of you a great holiday break, wherever you are in the world!