I meant to complement my Top of the Year 2019 article I wrote on classical music with a similar one for Jazz. I didn’t get to finish that last year, so at least it is the first thing I do in the still very fresh year of 2020. Hope all of you had a nice New Year’s Eve last night.

Why is this post called “Top 3” and not “Top 5” as I typically do? Well, for one I did review significantly less albums in 2019 than in the years before, due to very extensive business travel.

Furthermore however, I find less and less new Jazz albums that truly excite me. Not sure if it is the Jazz scene, or my taste is evolving. Anyhow, let’s get to it.

Any new Keith Jarrett solo album is an event, but this is a particularly nice one. I’m slightly biased as me attending the 2015 concert in Lucerne that was part of the same tour triggered me to start this blog in the first place Highly recommended. You’ll find my original review of Munich 2016 here.

GoGo Penguin – Ocean in a Drop

Ocean In A Drop is a very special album. Not even originally intended to be released, it really captures a very special atmosphere of an improvised film soundtrack. I still haven’t seen the movie it refers to, but keep going back to the album on a regular basis.

I’ve written about Triosence previously (here and here), but never got to formally review this album. They are a relatively unknown group from Germany, but their style is very much to my taste. So this may be the most subjective of my recommendations. Triosence are all about melody. Therefore, some may consider them a bit too mainstream. So check them out before you buy, but if you like modern trio jazz, they are a worthy discovery. You’ll find it here (Qobuz)

So, over to you, enlighten me! I’m sure I’ve missed plenty of good new releases in 2019 that should have been mentioned here. What would you recommend I check out?

Wishing you again a Happy New Year and thank you for all the great feedback and discussions we had in 2019!

I’ve previously written about the rich Jazz scene in Scandinavia, and particularly about Tord Gustavsen, reviewing his album The Ground here.

So I was very excited when I saw that Gustavsen’s latest album was just released, and thanks to ECM finally allowing streaming, I could sample it immediately.

I wasn’t a universal  fan of some of the albums Gustavsen released in the last years, but with his latest album, I’m fully back on board!

The first thing you notice is the cover art, while still in the typical ECM abstract art style, they’ve changed from the dark blue tones of most of the former albums to a bright orange. Does this mean the music is more orange as well?

Well, actually not. This is very typical Gustavsen style, very much reminding me of what I liked so much about The Ground.  Let’s take as an example urack 3 of the album, Re-Melt. It starts with a syncopated rhythm by Jarle Vespestad on drums, and Sigurd Hole on bass. Gustavsen joins a bit later, weaving a beautiful, subdued melody over the rhythm. None of the music on this album is ever over the top, but it will always be one thing: very atmospheric. It always just unfolds slowly, over time.

Recording quality, as usual on ECM, is very good, actually in this particular case it is again quite spectacular.

Check out this album. It may not be for everyone, but if you like this minimalist Nordics style, you really should not hold back!

The question of what actually constitutes Jazz is as old as the music itself. In the 1970s, Jazz tried to cross-over into rock creating subgenera such as Jazz-rock and Fusion, and also some singer-songwriter pop music in the style of Norah Jones or Katie Melua could often be found in the “Jazz” boxes of your average record store.

And obviously, one of the most important movements of the last 3 decades, electronic music in all its ways, has had an influence on Jazz as well. The late Esbjörn Svensson was one of the first to bring electronic elements into the Jazz trio, and many have followed since, blurring the lines even further.

Gogo Penguin is a young Jazz trio from Manchester, that, while using the traditional piano / bass / drums combination, is influenced very heavily by electronic music in the style of Massive Attack, especially on the rythmic side, but at the same time clearly draws inspiration from the minimalist movement.

I’ve praised their previous album, Man Made Object (their first release on BlueNote), here, even naming it as one of my top 5 Jazz albums of 2016, after having seen them live at Moods Zurich in 2016.

So I had really high expectations when they recently released their latest album.

I purchased A Humdrum Star blindly the moment it came out, and was expecting to write a review pretty soon afterwards. However, its now been out for 2 weeks and I still hadn’t written the review. 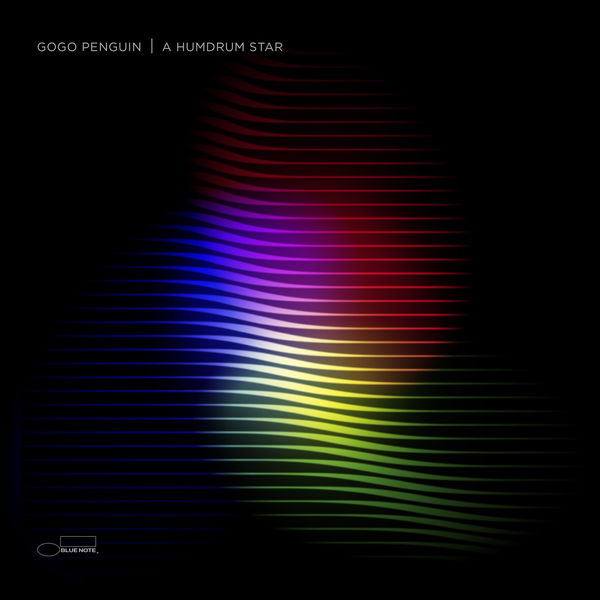 Basically, I wasn’t very impressed after the first couple of listening sessions, but was really hoping this album would grow on me. Now I can unfortunately safely report, it didn’t. Let me make it clear, this is very good music from very talented musicians.

However, it simply doesn’t work for me. Is it the even increasing influence of minimalism, or electronica? Is it maybe a decreasing focus on the melodic vs. the rhythmic elements? Some songs feel a bit more stuck in loops and patterns than before.

So in a nutshell, this is not my album of choice from them. I recently revisited their earlier albums Fanfares and v2.0, just to double check, and A Humdrum Star is personally my least favorite of their discography.

I still very much suggest you check this out, your conclusion may be very much different to mine.

I´ll make sure revisit this occasionally, and maybe it will grow on me over a longer period, but so far I´ll rather go back to Man Made Object.

My rating: 3 stars (objectively and musically speaking, this is at least 4 stars, but as mentioned, it doesn’t “stick” for me, hence this more neutral rating)

I haven’t written a lot about the organ in Jazz yet. This is because I don’t very often listen to it.

I mean, there are some legendary album’s like Jimmy Smith’s The Cat, which I love, but in total I have less than 15 jazz organ albums in my library (which contains 7-8,000 albums).

However, why haven’t I written about Michel Petrucciani yet? This French genius on the piano?

He was born with a rare genetic disease which lead to very brittle bones and a very short body height. But when you see him on the piano, you can be nothing but amazed:

I guess the reason why I didn’t write about him yet is because some of his later albums went into a certain style I didn’t necessarily like that much.

But there is one album I’ve treasured for two decades now, that combines a Jazz organ and Michel Petrucciani, and guess what, nothing else!

This album was recorded at the Petit Journal Montparnasse, a Paris Jazz club I used to go to when I lived in Paris years ago. But unfortunately I wasn’t at this particular concert, which is very much of a pity.

But let me introduce the second musician first: Eddy Louis. He’s a French pianist, but better known for his organ. He played with Stan Getz, Dizzy Gillespie and any other Jazz greats.

I’m pretty sure you don’t have many duo albums of an organ and piano in your collection. So why should you have this one?

You already get an idea from the Youtube clip above about what Petrucciani can do with a classic like Caravan. Now add an organ to that, and you get a performance you won’t forget that quickly.

And there’s another true gem on this album when it comes to standards: Summertime. Obviously, nothing beats the legendary performance of Ella & Louis, but this really is an extremely entertaining version.

Unfortunately, the album is not that easy to find individually.

Qobuz has it as part of a 5 CD box: http://www.qobuz.com/gb-en/album/conference-de-presse-both-world-solo-flamingo-trio-in-tokyo-michel-petrucciani/3460503694026

And you find it on Amazon, often used: https://www.amazon.com/Conférence-Presse-Michel-Petrucciani/dp/B004A3INP2/ref=sr_1_1?ie=UTF8&qid=1477118700&sr=8-1&keywords=petrucciani+conference+de+presse