I’m a big fan of this young British pianist (maybe not as extreme a fan as Gramophone who adore every single one of his albums). I’ve previously reviewed and praised his Chopin concertos (part of my top 5 albums of 2020), his Homages album, his Chopin/Liszt/Ravel album, which also appeared in my Top 10 Chopin albums, and I’ve even listed him among my Top 10 Classical pianists (a list that led to a lot of debate by the way).

So I had really high hopes when Grosvenor recently released his latest recording, of nothing less than Liszt’s magnificent b-minor sonata, plus some other works.

Now, before I go to the meaty bit, the b-minor sonata, let me start by saying that I really love how Grosvenor plays the other pieces on this album, particularly the extract from the Années de Pélérinage.

And I can’t get enough of the beautiful piano adaptation of Schubert’s Ave Maria.

I really love the b-minor sonata, it is to me at least the ultimate Liszt piece. And here’s where we get to my “but” that you probably saw coming from my intro above.

Let me start by the positives: I really like how he takes the Andante sostenuto slower than most, giving it a special sense of intimacy and out-of-this-world spirit.

Now, what am I missing here, in what is actually a very good version?

Well I really believe one needs to go to the biggest extremes in this work (an opinion probably not universally shared). That’s why my favorite versions will remain those of the legendary Martha Argerich, and the somewhat controversial version by Katia Buniatishvili. In some parts, I just wish Grosvenor would push things just a bit further, he certainly has the power and technical abilities to do it.

Nevertheless, this is a beautiful album absolutely worth having.

The new July issue of Gramophone appeared rather early on my iPad (I’m not into paper subscriptions any more).

As usual, impatient that I am, I jump immediately to the Editor’s Choices, starting with the Recording of the Month. This time, Nicolas Angelich recent Dedication Liszt/Schumann/Chopin album. Cool, I think to myself, another great recording to check out of Liszt’s b-minor sonata.

I’m not a huge fan of Liszt in general (too much, especially his orchestral works). But there are certain works I really like, including most of all his great b-minor sonata.

My favorite version by the way is Michael Pletnev’s recording on DG by the way (maybe to be reviewed at some point in the future).

In any case, I must admit, I didn’t really even get to listen to the entire Angelich album, I stopped about 5 minutes into the b-minor sonata. I was really stunned. Liszt was supposed to be the greatest virtuoso of his time, and this version, well, let’s just say, it didn’t touch me at all.

To be fair, my taste may not be universal, as I really liked Katia Buniatishvili’s recording on Sony, which was anything if not controversial, to say the least (some just hated it, stating is was too much…).

But again, this post won’t be about Angelich (which I have yet to properly listen to beyond my 5 minute trial) nor about Pletnev or Buniatishvili, but about one of the greatest pianists  of all times:

Yes, the fiery Argentine pianist. She has a very particular sound and style (in a blind test on Swiss radio, two experts blindly identified her vs another artist on 5 out of 5 different pieces, and even I got 3 out of 5), and once you’ve heard her, you’ll never forget her.

So I recently found myself buying her legendary debut album, remastered and released as a 24/96 download (I had bought in on CD ages ago, but hadn’t listened to it regularly enough). 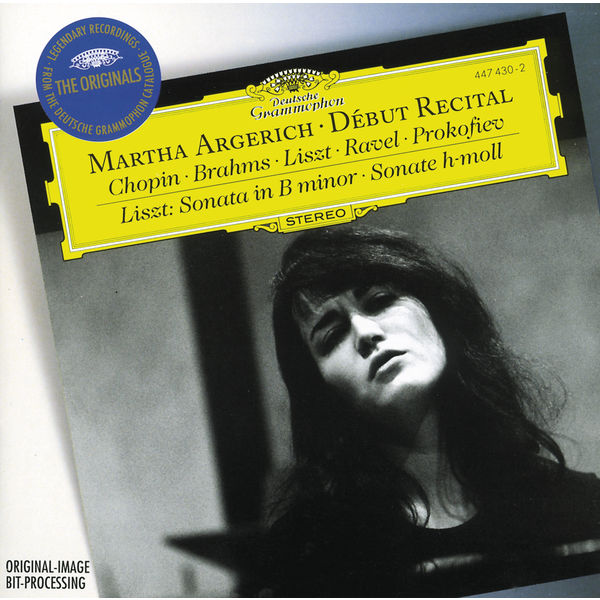 Somehow, the Chopin competition really means something. Look at the winners, Pollini, Blechacz (see here), Yundi, and Argerich! (well, this year seems to be a bit of an outlier, see my comment here). Basically she was a pure genius from day one.

Her Chopin barcarolle, so beautiful. And the Scherzo no. 3, my favorite! Her Brahms is ok, not outstanding, but when we get to Liszt, all hell breaks loose! Already the Hungarian Rhapsody is full of fire and energy, her trademark, but go to b-minor, and check out every savory moment, from the quiet introvert moments to the amazing prestissimo (track 17).

If this leaves you bored, you’re probably deaf.

And now go back to your streaming provider of choice and check out the Angelich against it, and I guess you’ll understand what I mean.

My rating: 5 stars plus!

Note that getting the 24/96 remaster is not necessarily a must, unfortunately the original recording was already rather poor, and even the remaster still sounds rather like a shoe box.

UPDATE June 11: Another word about the Angelich recording that I browsed over a little bit superficially above.

The Angelich album not only got high praises from Gramophone as mentioned above, but also a Choc from Classica magazine, and this recording of the b-minor sonata was just selected in their June 2017 issue as best version in a blind test comparing 10 recordings out of the ones released in the last 20 years. 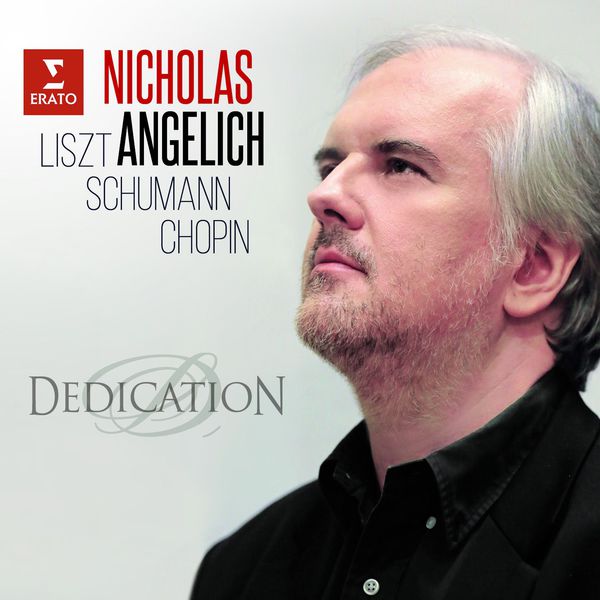 Triggered by this I listened again to Angelich. Well, to be fair, it is a good recording. However, I still prefer much more the more extreme versions like Argerich, Bunatishvili, etc. For me, this extreme work requires extreme playing. I find the Angelich a bit too “middle of the road”. But given that several reviewers I really respect disagree with me, you have to check it out.